2017 was another year of growth for the Massachusetts housing market, despite the low inventory. Although there was an increase, the change wasn’t as significant as years’ past when we saw jumps of over 10% in 2016 and 9% in 2015. 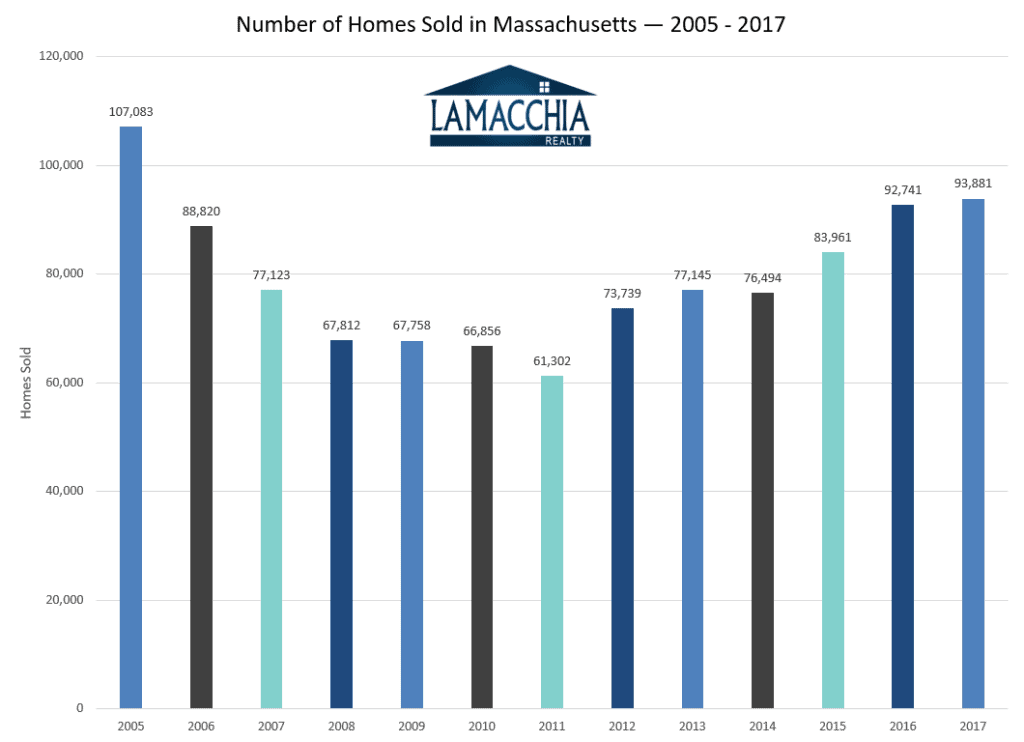 2017 exhibited growth in monthly sales in seven out of the twelve months.  The low inventory was undoubtedly a cause for this lack of substantial sales increases, as inventory wasn’t as much of an issue in 2016 which showed growth in all but two months. 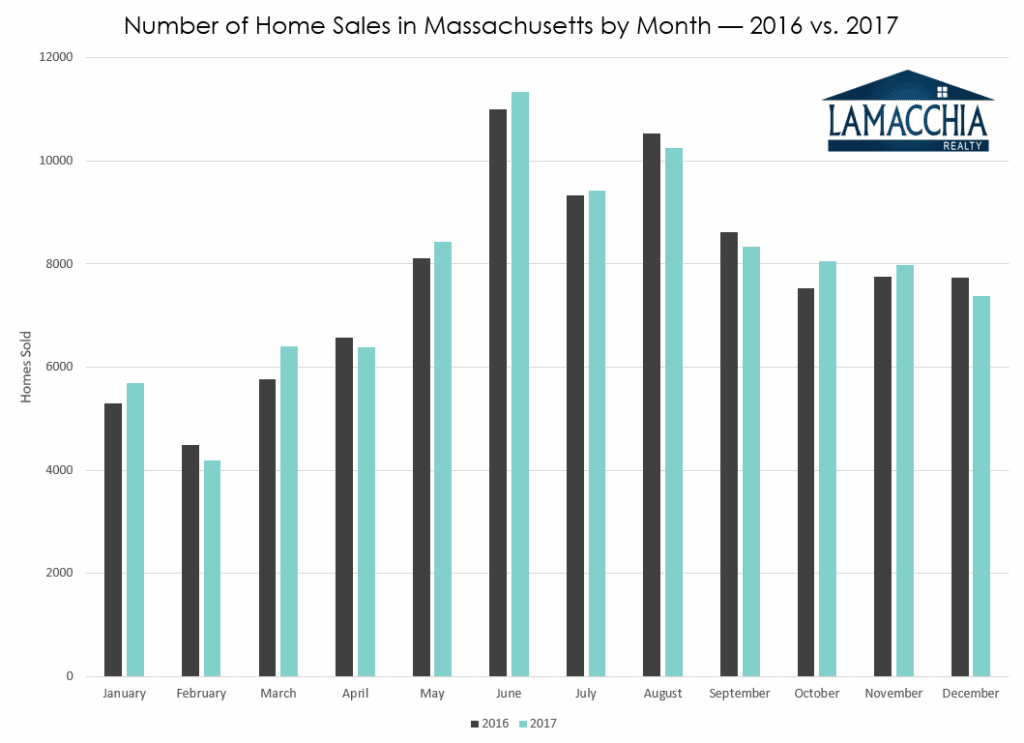 Similar to 2016’s performance (with the exception of February 2016), each month exhibited an increase over the year before. 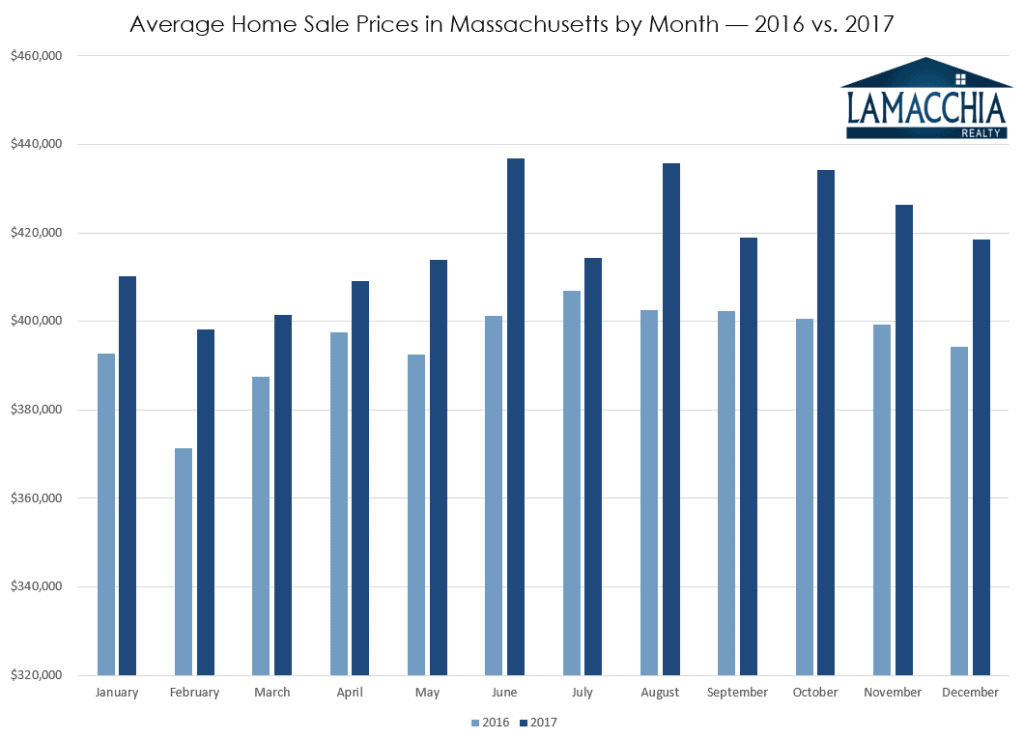 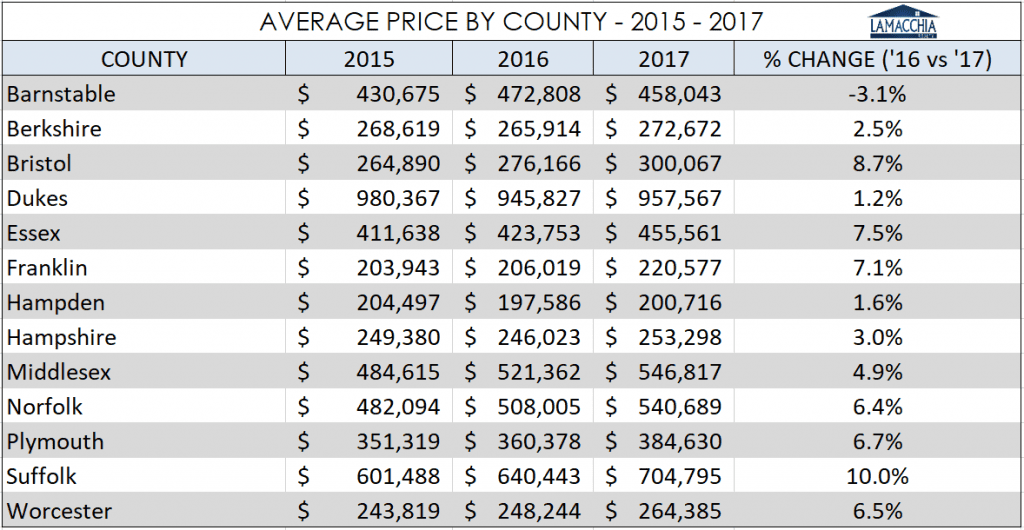 2017 wasn’t any different as far as the path, but the point to notice is that the entire year displayed roughly a 20% drop from the year before. 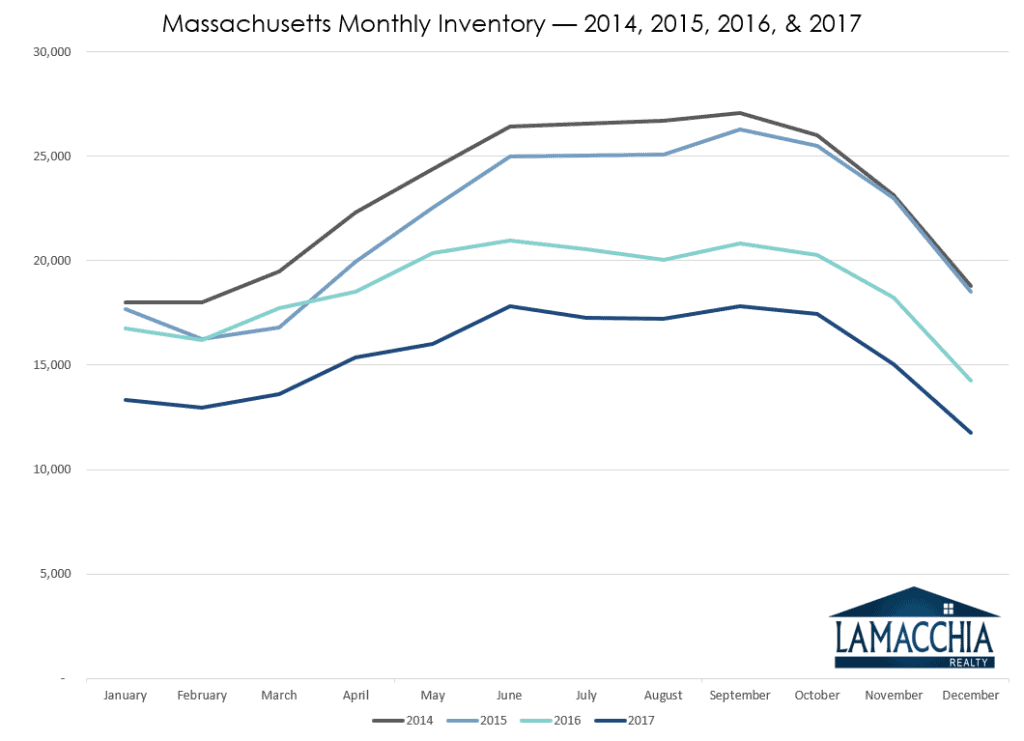 In 2017, we saw increases in homes listed intermittently throughout the year, most notably May.  The most significant decrease was in March, but the rest of the months were relatively neck and neck with slight differences.

Overall, there was a decrease of 1.63% in homes listed in 2017 over 2016, with 104,750 listed in 2017 over 106,490 in 2016.  With the inventory the lowest on record, one would imagine that the number of listed would be down substantially, but buyers are scooping up homes as soon as they become available- sometimes before- which keeps inventory so low.  This was the “Pac-Man Effect”, mentioned in this blog earlier this year. 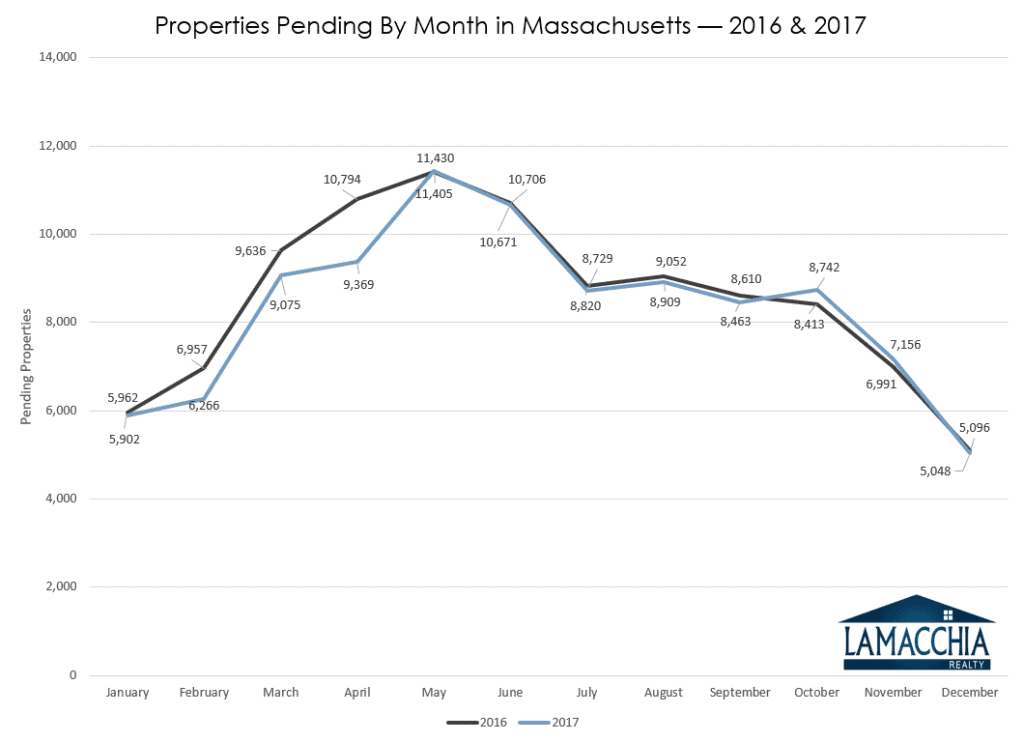 As mentioned in Anthony’s Predictions for 2018, the fact that inventory is lower than ever recorded means that bidding wars and buyer frustration will be worse this year than last.  Buyers and agents need to mentally prepare for a tumultuous process.  Sellers will only have a difficult time selling if they over price or make the mistake of hiring an inexperienced realtor.

We will also, as a result of this market, we will see prices continue to rise.  It’s a simple matter of supply and demand- people will pay more to get what they want, especially if they know other people want it too.  This is where bidding wars will come into play and why prices have been steadily increasing over the past few years.

It’s possible that this crazy competition be slightly eradicated if buyers and sellers try to work together to get deals done.  We may see an increase in contingencies, which are put in place to protect buyers and sellers, as well as ‘rent backs’ where sellers continue to live in the home that they sold and pay the buyers rent until they find suitable housing.

Given the continuous downward cycle we are on with active homes for sale, we are going to out on a limb and predict that home sales will be flat or slightly down but we do not see an increase in home sales for the state of Massachusetts in 2018 given the lack of inventory.

*Data provided by Warren Group & MLS PIN and compared to prior year.