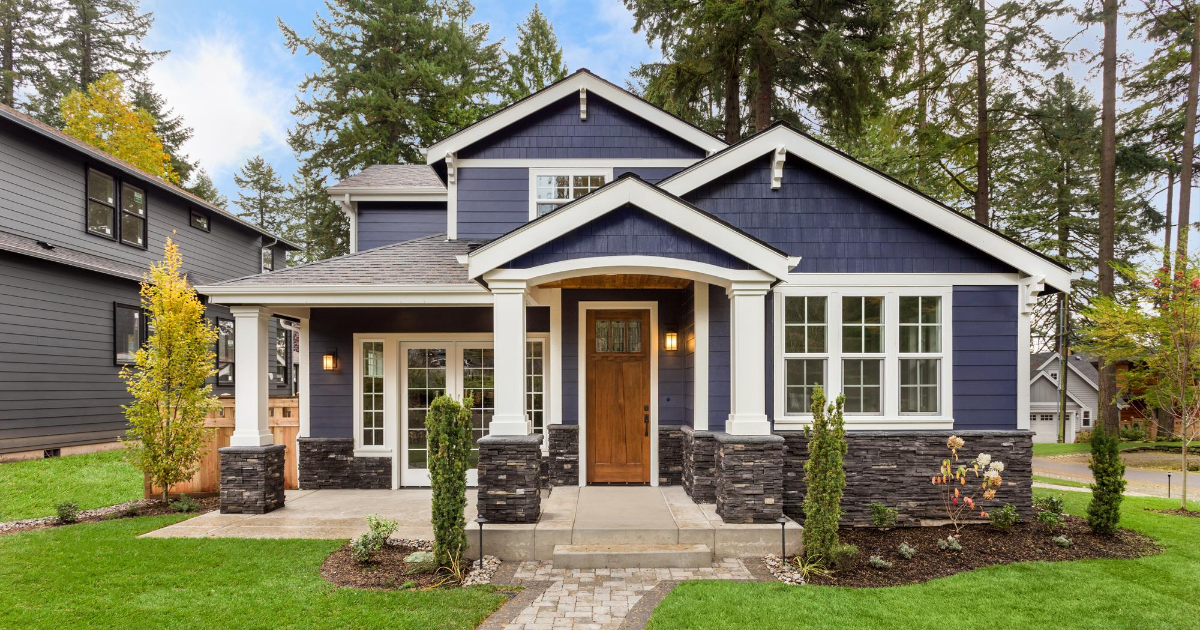 It’s easy to decipher how many bathrooms you’d like in your new house.  Most people can figure out the number of bedrooms that make the most sense for their lives. In the buying process, determining the location, size of your yard, and the number of parking spots are decisions based on need.  Knowing which style of house you want is another story altogether.

How many times have you driven down a New England street and loved the style of a home and had no idea how to reference it to your real estate agent?  With a history almost four centuries old comprised of architectural influence from around the world, this region offers many styles of homes.  But what are they?

There are about ten styles common to Massachusetts and New England that we see regularly.  Architects over the past hundred years or so have begun to intermingle elements of these styles- such as material, shape, amount of detail, types of roofs and windows, and layout- creating a customized look.  To understand what you’re seeing, what you love, and most importantly, what you’re looking to buy, you must first understand what these styles are.

Revived and made popular in the 1930s, Capes were originally built by English colonists in the late 1600s.  These homes often feature one-and-a-half stories with steeply pitched or gabled roofs and one chimney on an end of the home.  Dormers are now typically part of the design to extend living area but originally these homes were a single story.  The siding is generally clapboard or wood shingles, sometimes brick.  The front door is centered, typically without architectural decor but modern versions can have a porch or portico added to the design.  The floorplan is anchored by a center hall running the width of the home.

This mid-century modern style home became most popular when families wanted economical homes in suburban development.  Ranch style homes commonly feature an L-shaped floor plan, an attached garage, and are a single story with a pitched roof.  There tend to be rear-facing sliding doors to patios.  They are typically very simple in appearance and lack many design embellishments.

The Split Level, also known as the split-entry or tri-level, gained popularity in the 1950s as a modification to the ranch-style home.  They maintain elements of the ranch; low pitched roofs, simple horizontal lines, garages, and overhanging eaves, but have the extended floor plan of an additional upper level divided at the entry.  These home’s unique layout create three spaces; one for sleeping, one for living and one for the basement.  Basements are usually finished for additional living area and sometimes feature a kitchenette.

A very popular style the United States, the colonial-style originated in New England with high pitched, dormered roofs and two to three stories.  There are one or two very large chimneys, narrow siding or brick facades, and an elaborate front entry with a portico supported by columns.  One story wings can flank the main structure, in keeping with the symmetrical design.  Bedrooms are on the second floor.  The original colonials were very simple, lacking detail and living area, the more modern versions are more elaborate in detail, more expansive and feature molding along the entryway and roof eave.

This style became prominent in the early 1900s as developments in manufacturing made it possible to produce the materials used in these designs.  Turrets, elaborate shingle shapes, such as scallops, and scrolled brackets were now attainable resources.  Large, sprawling homes with many steep gabled roofs, non-symmetrical floorplans and facades and extremely elaborate detail are characteristics of this style home.  Think “gingerbread,” “painted lady” or “dollhouse.”  They tend to be painted in multiple colors to highlight the detail; the turned porch posts, bay windows projecting upper floors, and lacy ornamental woodwork.  Queen Anne and Stick Style are both types of Victorian homes.

The Tudor became an upper-class favorite in the early 1900s and again in the 1970s and ’80s in the suburbs.  These homes mimic old English cottage style with a mix of Gothic Revival elements.   They feature a brick first story- sometimes with elaborately patterned brick placement- and the second and third floors featuring stucco siding and half-timber frames.  You’ll find multi-paned casement windows and large brick or stone chimneys and steeply pitched roofs.

Often found along coastal New England towns, the Shingle-style home features wide porches, continuous wood shingles, steeply pitched rooflines, and doors and windows without embellishment or molding.  Commonly considered a strictly American style, the shingle-style’s most interesting feature despite its decorative simplicity is that its layout- often reminiscent of Victorian-style homes- is deeply asymmetrical; you can stand outside and see a different shape on each of the four sides of the house.

The Bungalow is a simple design consisting of two stories, dormered roofs with small porches at the front entry. The Bungalow has a more elaborate cousin, the Craftsman, which features wider width front porches with pedestal shaped columns.  They often feature stonework at the bottom and stucco, shingles or clapboard siding around the rest.  The overhanging eaves are the most decorative feature of the Craftsman, but like the Bungalow, these homes are simple, with open floor plans, built-in shelving and cabinets along with double-hung windows.

This style pulls from Roman and Greek trends from the late 1700s.  In the early 1800s this style was a statement of urban wealth along the port cities of New England; built with brick facades, elaborate windows flanking the front door, and decorative molding around the entryway and windows.  You’ll also find double-hung six-over-six windows typically in rows of five on the second and third stories and two windows on either side of the entrance, creating a symmetrical front facade.  Chimneys are usually on either side of the low grade, hip roof.

For political reasons, including a new devotion to Democracy along with the American resentment towards the British after the War of 1812, architects turned toward Grecian architecture in the mid-1800s.  These styles feature front oriented gabled roofs, asymmetrical façade, and large porches, sometimes as wide as the house, with columns typically up to the second story.  This embellished front yields a Parthenon-esque design and you can find this style anywhere from city government buildings or along a quiet suburban side street.

Newer homes tend to intermingle elements from all of these home styles.  You can find Colonials with large wrap-around porches, Capes, or Ranches with second stories and front porches.  You can also, of course, find other home styles along the city streets of Boston, or in historic New England neighborhoods, such as Farm Houses, Italiante, Gothic Revival, as well as Dutch Colonial along with more modern architectural styles that have also emerged in recent decades.  With over three centuries of history, New England has the deepest roots and continually provides inspiration to homebuyers and builders all over the country.